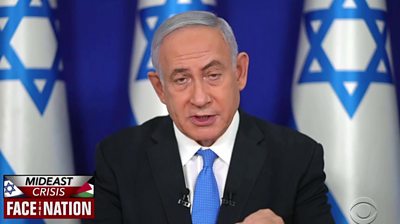 Benjamin Netanyahu has insisted that destroying the Jala high-rise block in Gaza on Saturday was justified.

The Israeli prime minister advised CBS Face the Nation that the constructing was utilized by a “Palestinian terrorist organisation”, and all makes an attempt to minimise civilian accidents had been made.